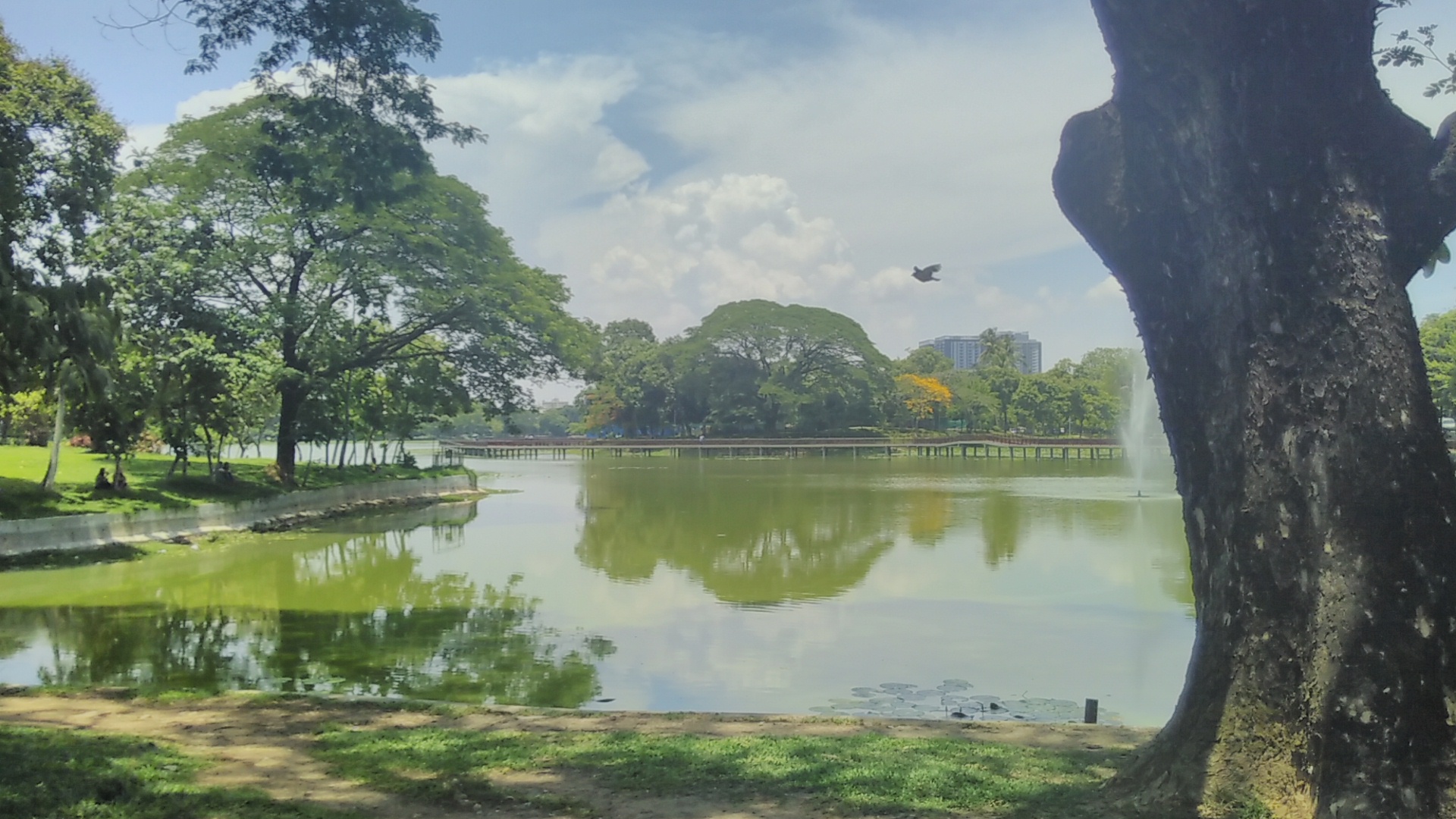 This is the third week of my stay in Myanmar. Next week will be the last of my current trip. By now, I feel I’ve gotten over some of my initial culture shock. So here are some of my impressions of Yangon (or Rangoon), the city where I’ve spend the majority of my time so far.

Myanmar is still very much under the control of the military, despite the steps taken towards a more democratic government over the last two decades. In Yangon however, this doesn’t affect daily life. The city is stable and people go about their business mostly unhindered. There are occassional power outages, especially when it rains. There is a lot of traffic on the roads, and it will easily take you 30 or 60 minutes to go anywhere in the city, especially during rush hour. There’s scarcely any police or military on the streets, and nothing ever happens. Even car accidents, despite everyone’s apparent lack of commitment to the traffic rules, are rare (probably because everyone is driving so slowly all the time).

Houses and buildings in Myanmar are very clean. I suppose this is because everyone takes their shoes off indoors. Everybody is walking barefoot all the time, even in fancy offices (though some people use ‘indoor slippers’). Personally, I find this a great pleasure. Shoes suck, especially if you have to wear them while sitting at a desk while you’re not going anywhere, except maybe the coffee machine. I also find most places are furbished quite sorberly, though whether this is because of cultural taste or economic situation I don’t know.

Outdoors in Yangon, you’ll want shoes. Or at least sandals or slippers. The roads and streets are covered in filth and red blobs of spit. The red spit comes from the nut of the beetle root. Many people chew it because it wakes you up and induces a sense of euphoria, like doing a snort of cocaine with your double espresso. You can’t swallow it and that is why people spit it out. The red coloring of the nut makes it that the streets are covered in red, and you frequently see taxi drivers open their car door to avoid drooling over them. Next to spitting, throwing your junk on the streets also seems pretty normal. There are rusty cans, plastic bags, and decomposing organic matter everywhere. Because it’s so warm and humid, it can smell very, very bad near garbage piles, which are usually just stacked on a sidewalk somewhere.

The bigger streets and densely populated neighborhoods are real concrete jungles, grey and dusty and full of people. Away from those streets, Yangon can actually be quite green, with many trees sticking out from gardens and undeveloped plots, providing much appreciated shade. There are some parks strewn far and between in the city, some surrounding the lakes that are within the city limits. These parks are not always well maintained (especially the footbridges over the water conjure scenes from Indiana Jones), but they are still very nice to visit. They are oases of calm and quiet away from the bustling streets. Also, in Myanmar culture, it’s apparently not socially accepted to show much romantic affection in public, except in the public parks. So in the shade of every tree, there is usually a young couple sitting, sometimes with an umbrella for added privacy. Umbrellas are a very popular way to block out the sun as well. Sunglasses are rare.

The people here are quite friendly, and not at all pushy. Street vendors and shopkeepers leave you alone, mostly, but are very happy to help as soon as you start talking to them. This seems generally true of all people here, except maybe of taxi drivers, who will honk at you if you’re walking on the streets to see if you want a ride. As there are many taxi’s everywhere, this means you get honked at all the time. Also, restaurant staff has a habit of standing right next to you when you’re looking at the menu. I’m very bad at that stuff, so the first few times I just hurried up and ordered something and hoped for the best. This has gotten a little better over time.

White people are still a relative novelty here, especially outside of the (more touristic) city center. Next to being white, I’m also quite tall, and I’ve had several people try and sneak pictures of me (they failed at sneaking, they succeeded at taking pictures) as I was walking past. There are many Chinese, Thai and Singaporese, but black people and latino’s seem to be almost unheard of.

I’m staying in a neighborhood that is mostly populated by the Karen, an ethnic minority different from the Burmese ethnic majority in this city. The Karen in Yangon are mostly Catholic christian, though the Karen in Karen State (in the east of Myanmar, bordering Thailand) are mainly Buddhist. Many people I’ve met sing in church choirs, and the Karen seem fond of singing anyway. Every now and then, someone at the office just breaks out into song. Sometimes, others join in, and there’s a sort of spontaneous, impromtu office sing-a-long. So far, telling people who ask that I have no religion seems to not be any problem. Instead, I get interesting question like: “So what happens when you die?” (Me: “Nothing. You just die.”) or “Why do you think there is no God?” (Me: “I just don’t feel there is. Why do you think there is a God?”). And that was that, and everybody was very respectful. Good talk.

Food here seems to be mostly rice. Rice, and noodle soup. The Burmese cuisine seems to involve a lot of barbequeing. Karen cuisine has a bit more fresh vegetables and fish. Indian and Thai are also quite popular, and there are many restaurants offering Indian curries and spicy Thai dishes. There is Chinese, but it seems to be fried snacks, mostly. Western food like pasta or burgers is non-existent outside of fancier restaurants. Traditional Myanmar dinner consists of giving everybody a big plate of rice, and then putting all sorts of dishes in the middle of the table to share amongst everyone and mix with the rice. Often, everybody has a bowl of soup on the side. Simple green tea is traditionally free with every meal.

All in all, after a first few days of thinking “what have I gotten myself into now?”, Yangon and it’s weird, friendly chaos has started to grow on me. The hospitality of the guesthouse where I’m staying, of the organization where I’m volunteering, and of my friend who is already living here, were a great help in that regard. It will be strange to come back to the Netherlands in a little over two weeks.